Posted on February 4, 2017 by Andy Thorpe under Uncategorized 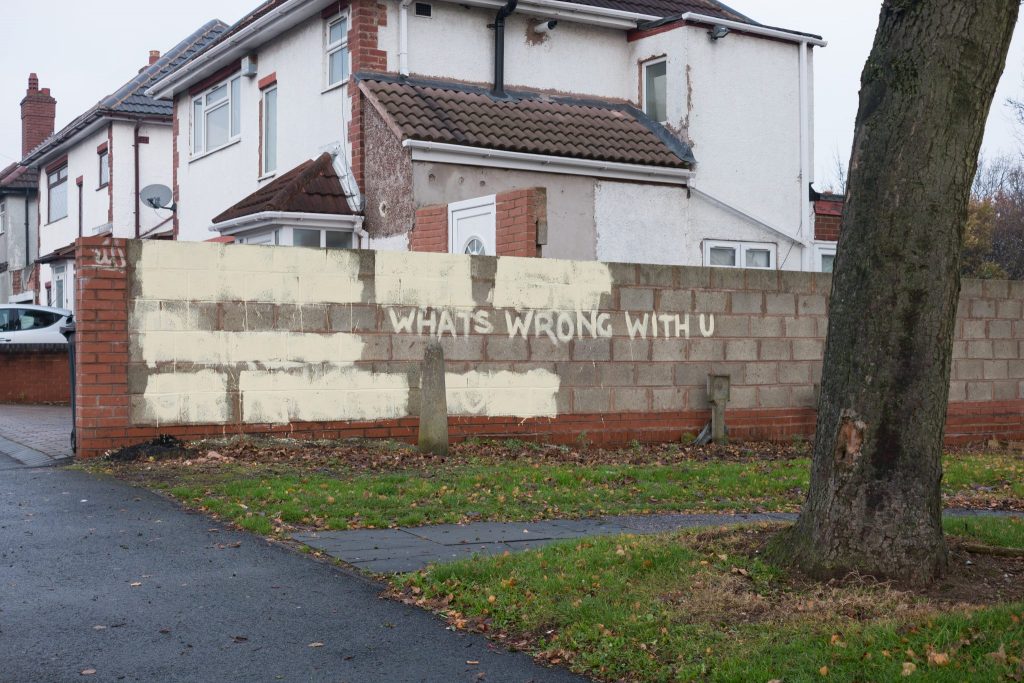 Well, here’s a further postscript to another one of the stories from my journeys to work. Originally, the idea was to simply post the photo of the painted-out graffiti with the dumped mattress next to the wall, which suggested to me that the search for the man’s “princess” and/or the rekindling of their relationship had not gone well. A few days later however, more graffiti had appeared, confirming that indeed things had not gone well. “Princess” has either not made contact or, after meeting, decided not to remain involved with the man I photographed in the post here.

I should say that I have a wealth of other photos of dumped mattresses but with nowhere near the same amount of context as the one in the photo above; just the usual, “I don’t want the mattress anymore and I can’t be bothered ringing the council so I’ll just dump it in the street and hope for the best.” The collection of photos depicting a range of such dumped mattresses will appear on this blog soon! I’ve heard that some people take photos of nice uplifting landscapes….