Posted on January 31, 2016 by Andy Thorpe under People
Leave a comment 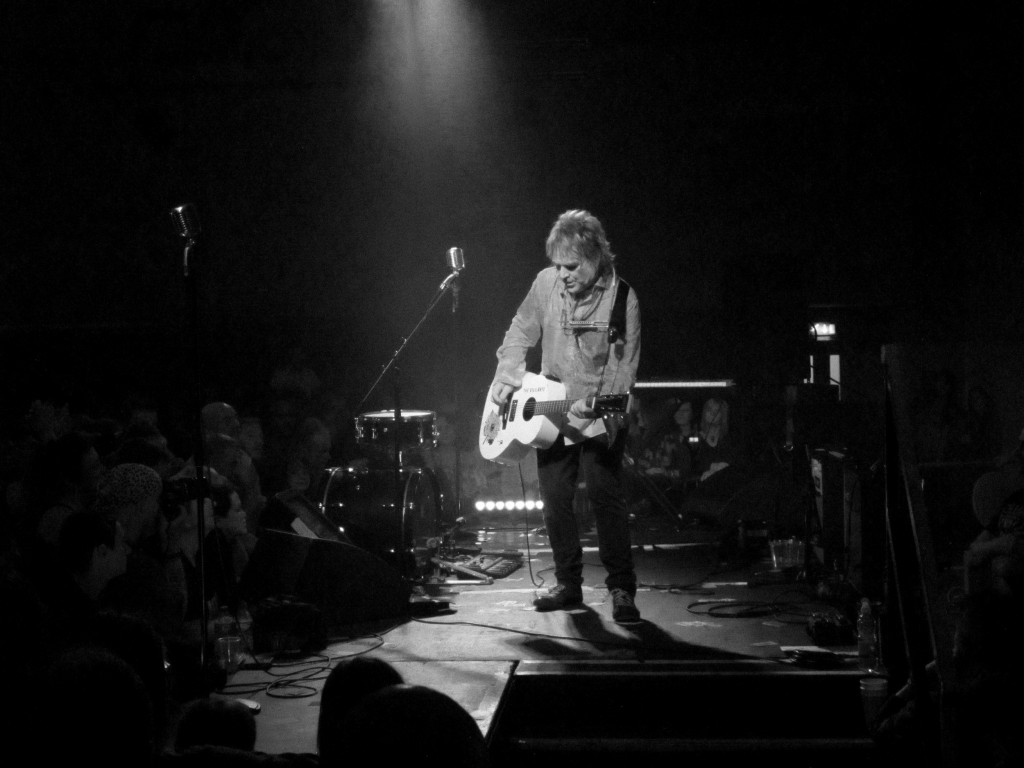 This is the great Mike Peters from 1980s (and current) band The Alarm playing his Friday night “acoustic” set at this year’s annual Gathering (number 24).Â  I’ve placed acoustic in quotation marks because he sang and played guitar, along with loops and backing tracks, to stunning effect.Â  This view is from one side of the stage, so the audience is on the left/behind and the roadies preparing guitars, harmonicas, drumsticks and drinks are on the right.

I was trying to recreate some black and white pictures I took in 2003 at the same event when, to get a decent shot, I needed to use a camera with 3200asa film and a long lens. Now of course, a standard camera phone usually suffices.Â  This photo is from a Canon G11 digital camera which to be honest is a bit long in the tooth! It has shutter lag, there’s much pixel noise at high asa settings and the autofocus is slow.Â  With patience and Adobe Lightroom it is however possible to get something usable, hopefully!

Anyway, this is the first of a few from this year’s Gathering – it’s only the Sunday of the weekend as I write after all! I might try retaining the colour in some of the photos.

Oh, here’s the main photo from 2003 which, to my amazement, was used on a t-shirt to advertise a Mike Peters event!Â  It’s not often you find one of your musical heroes opting to use an image you’ve produced. 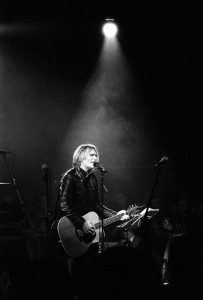