Posted on July 6, 2017 by Andy Thorpe under Things 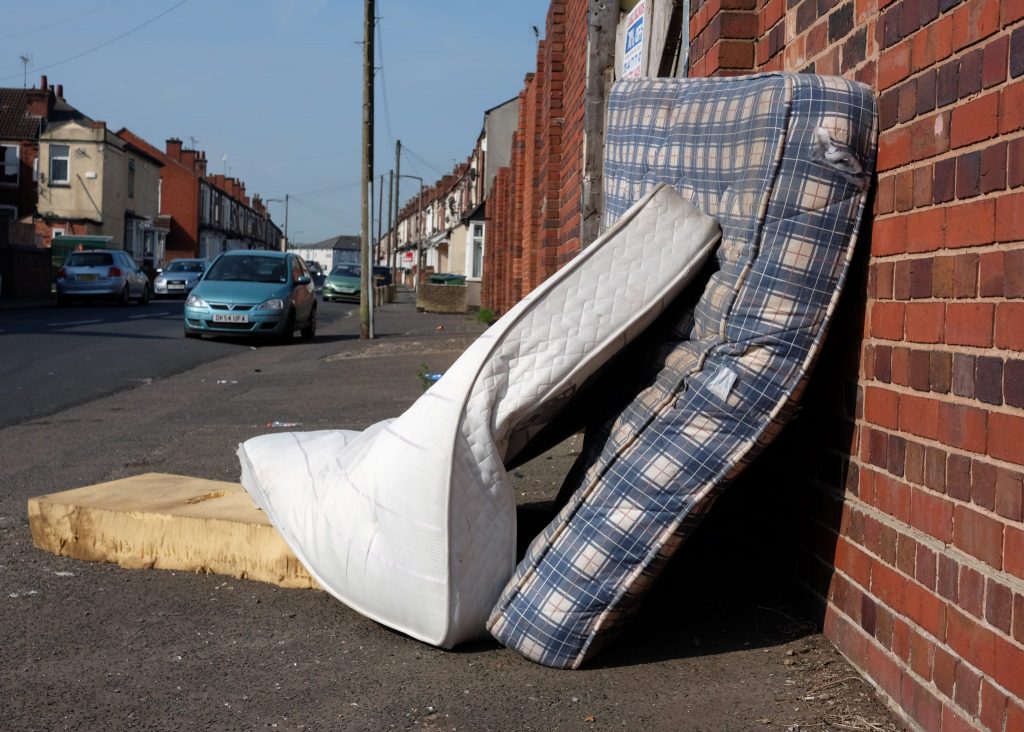 My mattress project officially stopped with the creation of the photobook, but I came across this scene on my way to work on Wellesley Road in Smethwick a few days ago (a fertile hunting ground for images of dumped mattresses).Â  It was a heavy situation in which I felt I couldn’t really intervene!

From the angle shown below, things appeared to be quite innocent. Apparently just another couple of illegally dumped mattresses. 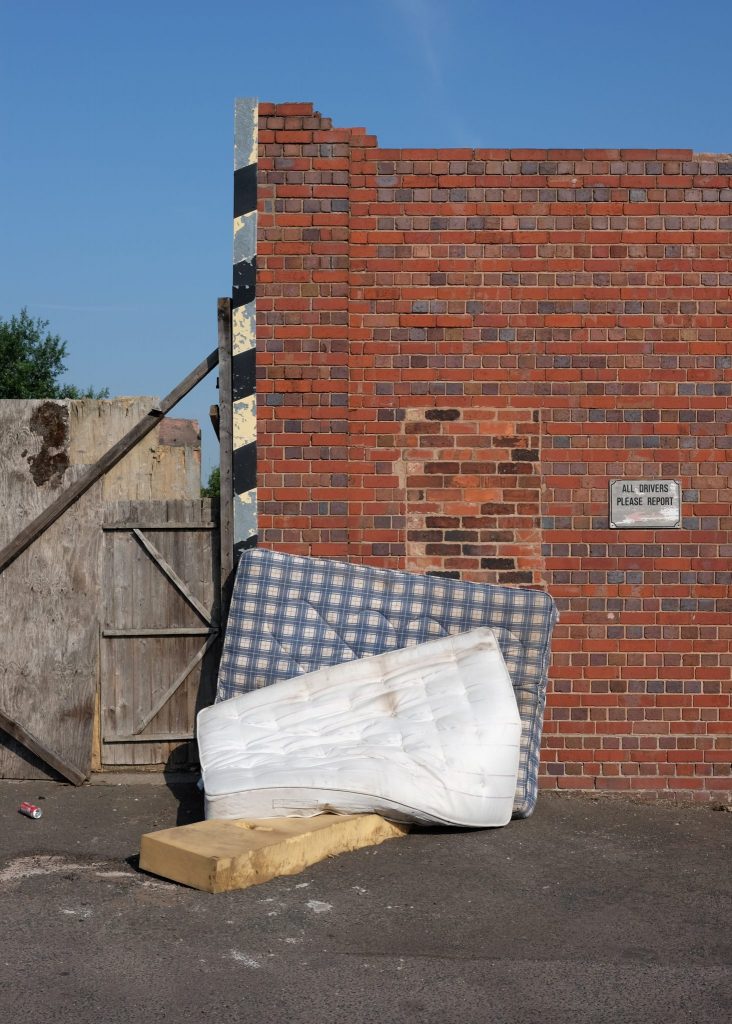