Posted on December 1, 2015 by Andy Thorpe under People, Things
Leave a comment 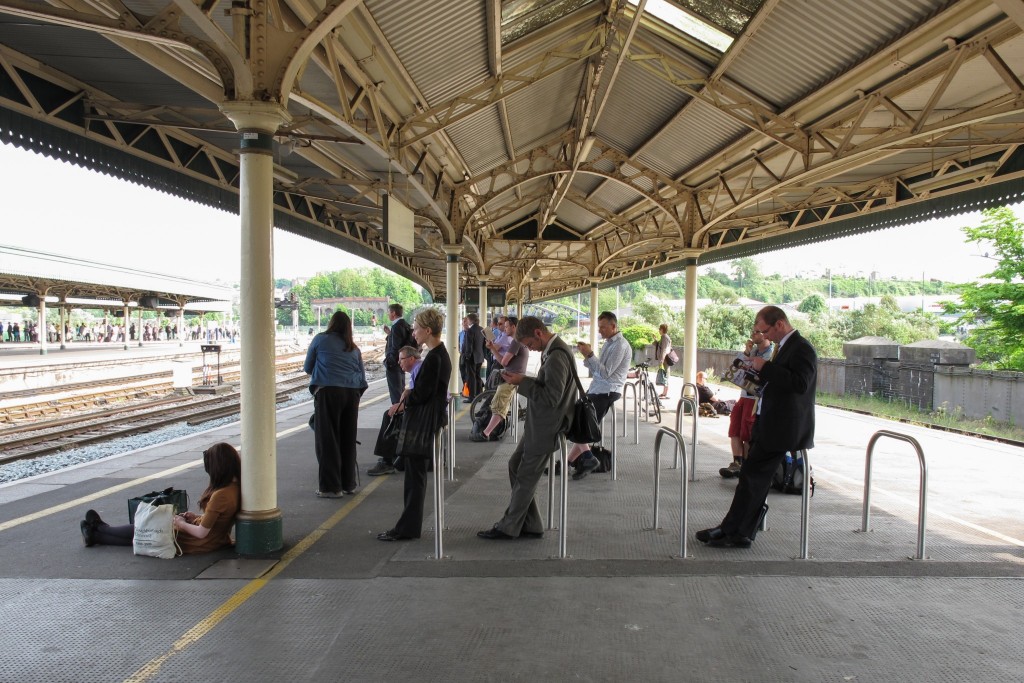 The connection is people leaning, although instead of just resting the people are waiting, contemplating the world, reading, etc.Â  My guess is the train they’re waiting for will arrive on the left hand side of the platform! They’re also finding an alternative use for the copious number of cycle parking stands that have been provided here at Bristol Temple Meads railway station.Â  Many many bikes are usually parked on stands behind the camera, so hopefully demand will increase in the near future to occupy the ones shown above.Â  In the meantime, at least the cycle stands are serving a purpose.

The rest of the photos below, show the relaxed nature of people when presumably they’re confident that the train they’re waiting for is highly likely to turn up on time, or at least at a time acceptable to them.Â  A situation where trains are late or cancelled might result in groups of people looking at station information screens or talking to each other about the whole injustice of it all, perhaps saying that “the same thing happened last week too”, etc.

For now though, how about some pictures of people in a relaxed state, implied by them leaning against something, rather than the more common scenes of people in railway stations frenetically gadding about with no time to spare. 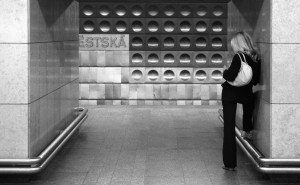 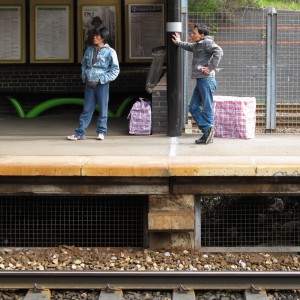 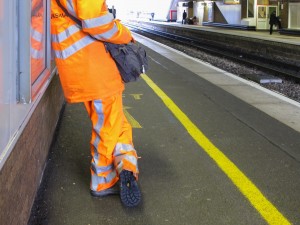 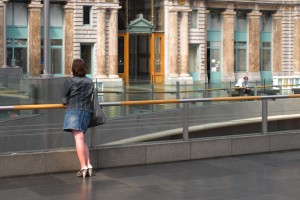 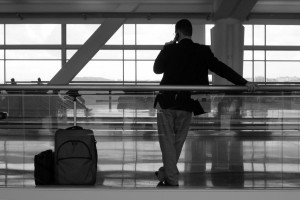 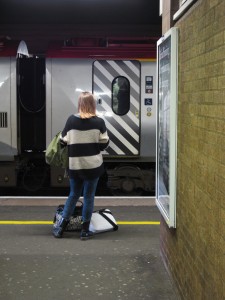 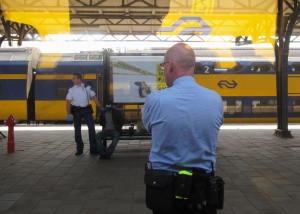 Ooops sorry, the apprehended chap might not be relaxed for very long, but he is waiting patiently!